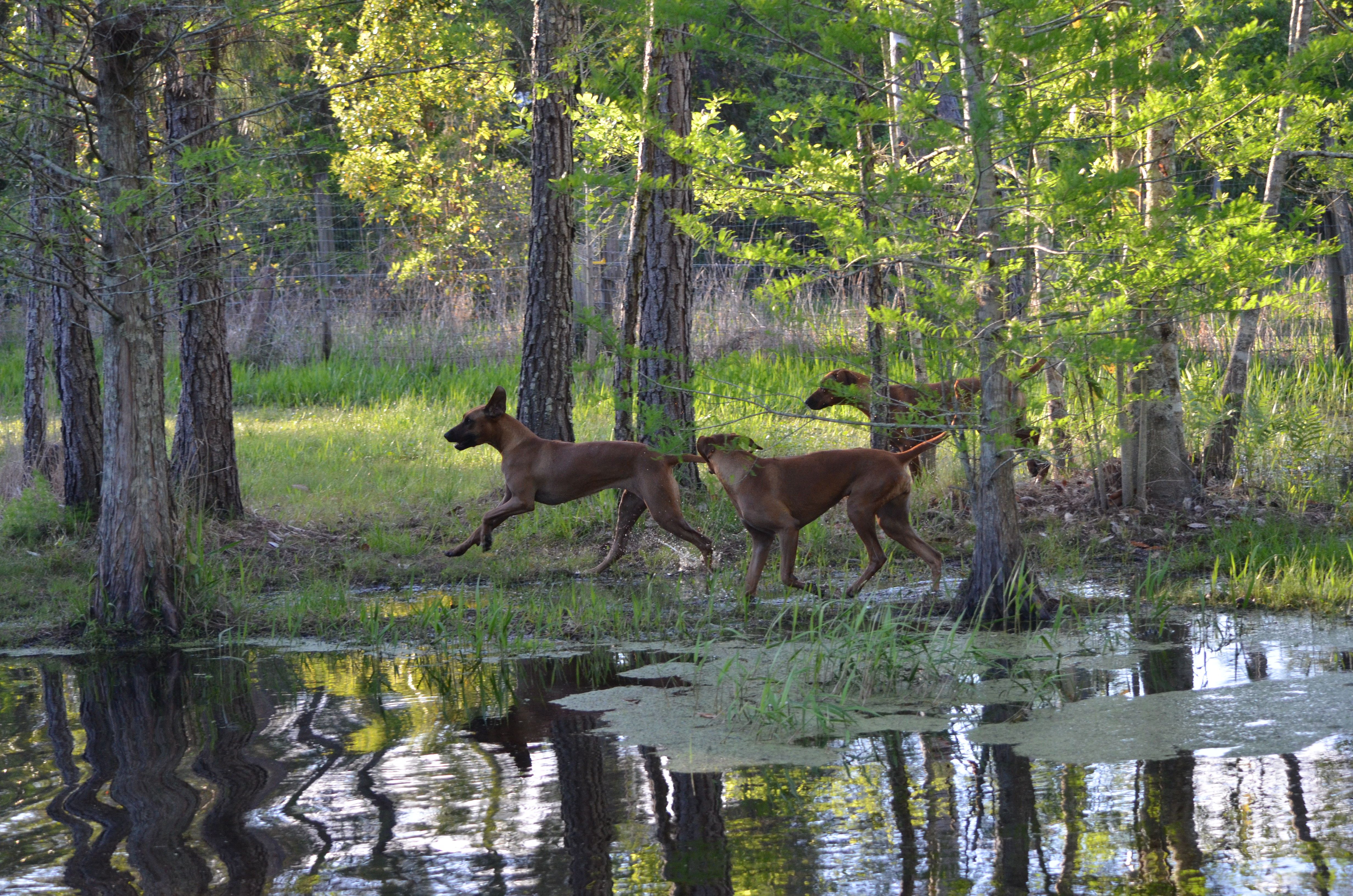 Yes, it's pretty laid back!  Our dogs get to romp and play on 5 beautiful acres out in the wilds of Florida!  They get plenty of exercise running around, swimming in the pond and chasing lizards and squirrels every day.  Arabian and Rocky Mountain horses and a variety of chickens...and a little Frenchie, Bijoux, also share our home.  There's never a dull moment here and life is pretty darn good on the Ridgeback Ranch! 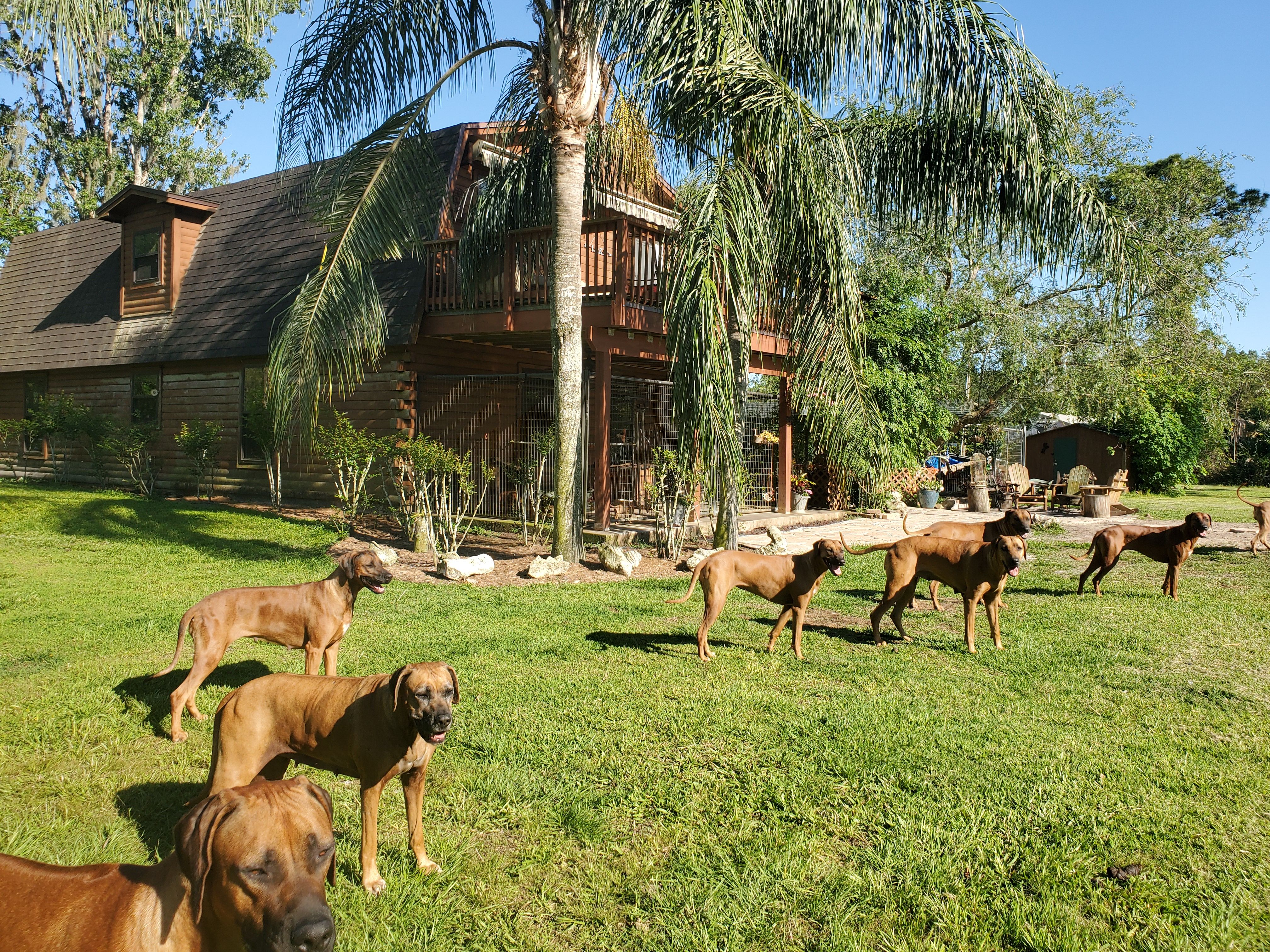 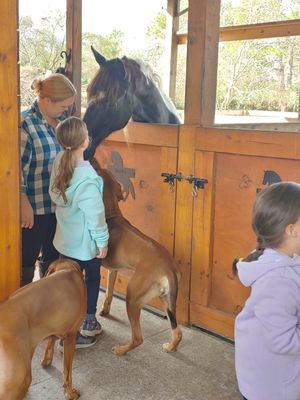 Kengali Rhodesian Ridgebacks was founded in Florida in1997 by Ginny Merchant and George Brown.  Jennifer and Neal Skula, based in Port Jefferson, NY soon joined our team!  Our mutual passion for the breed soon led to a combined effort to produce superior dogs that are true to the breed standard, both in form and function.  We are proud to be members of our national breed club - The Rhodesian Ridgeback Club of the United States.  Additionally, Ginny is a founding member of the Sunshine State Rhodesian Ridgeback Club and a member and current Secretary of the West Volusia Kennel Club.

Welcome to our little piece of Heaven! 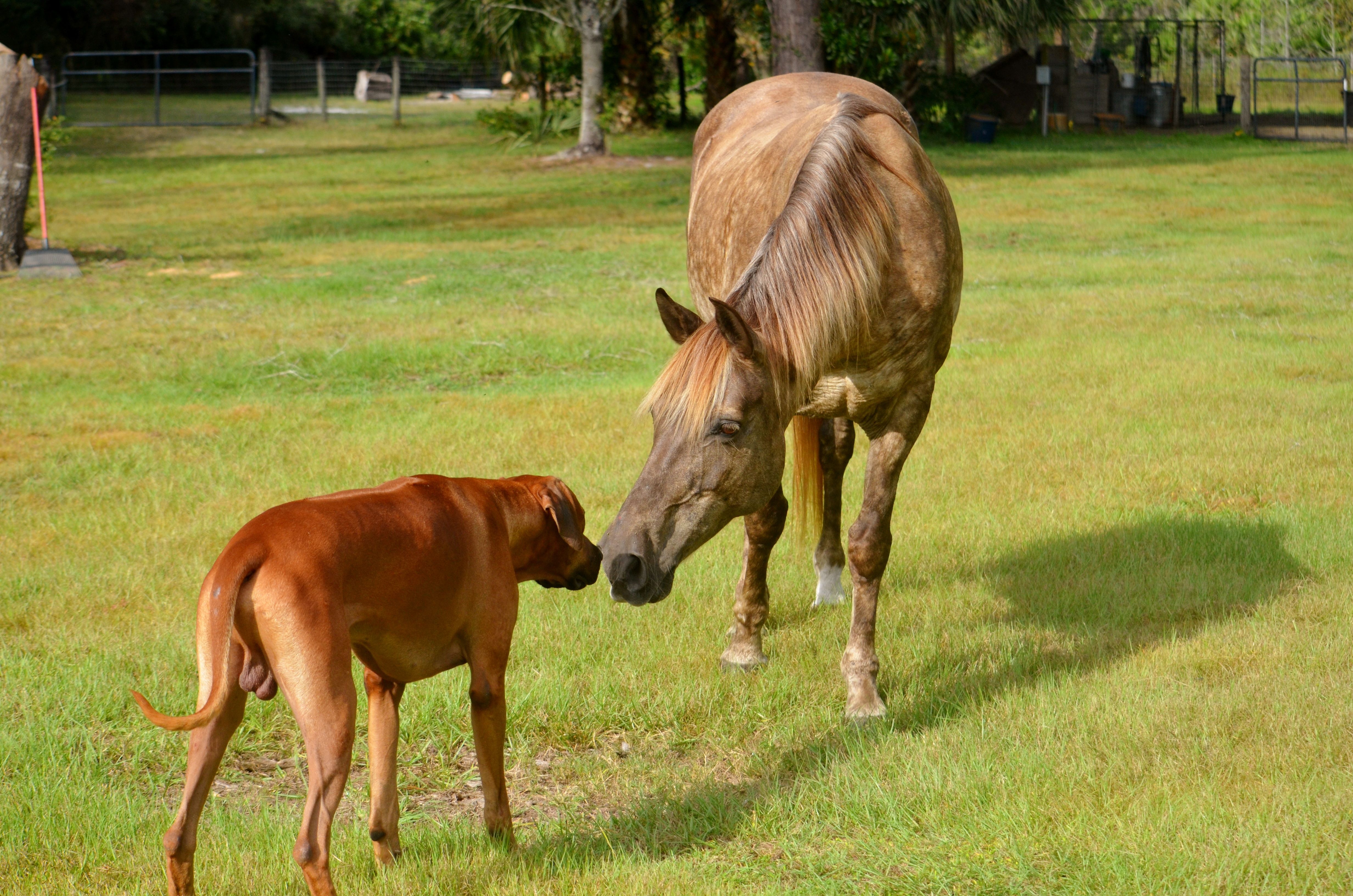 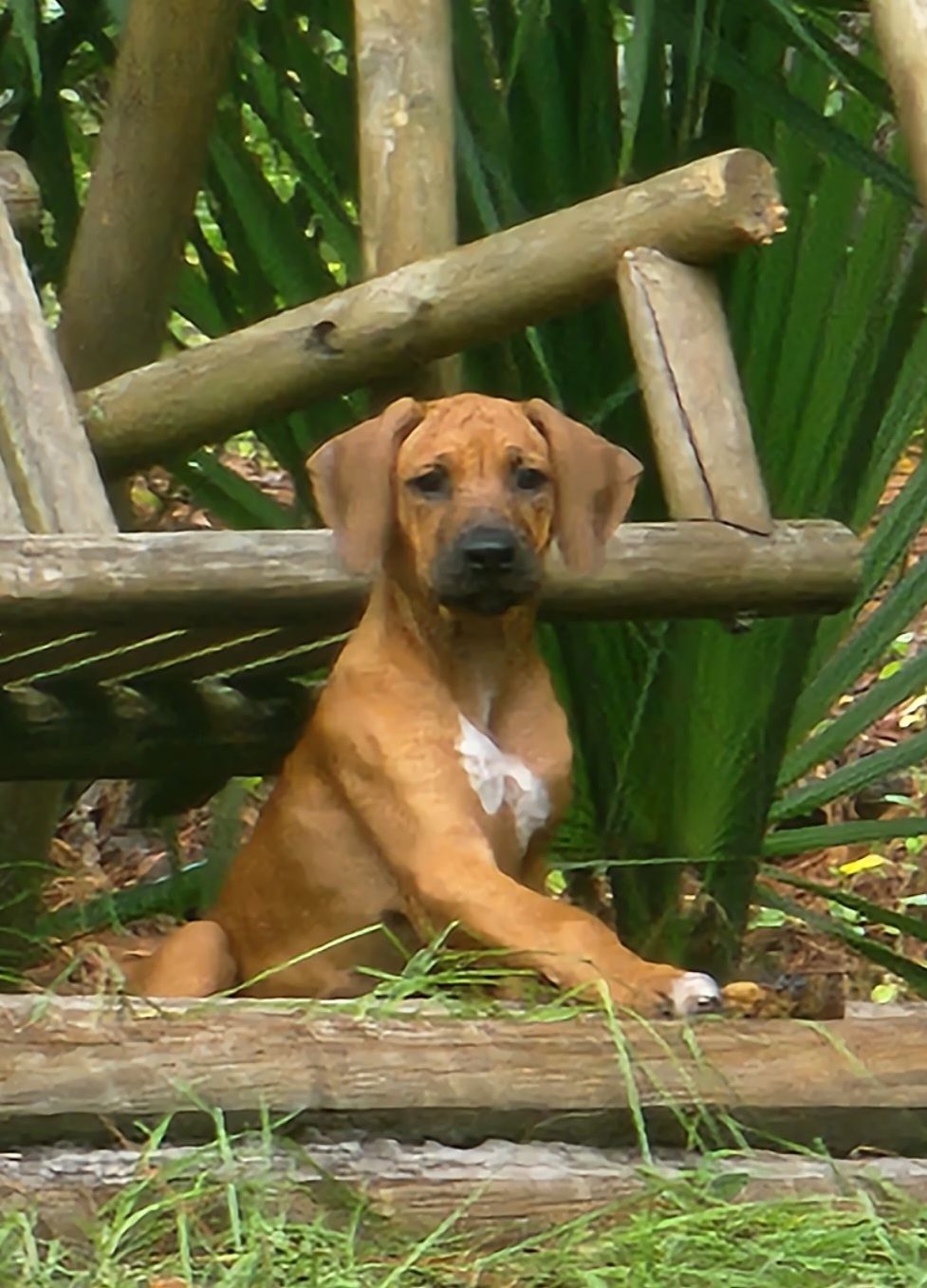